January 6th is Epiphany Day in France and the tradition is to make a Galette des Rois (French King Cake) and share it with family or friends. 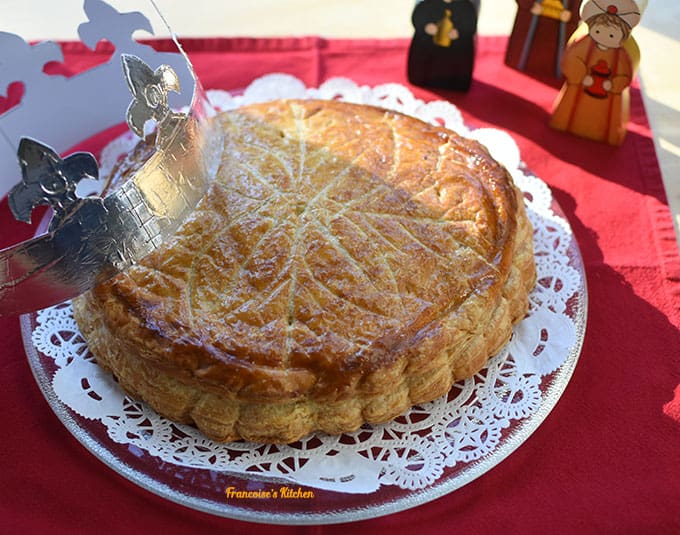 As a recipe, I usually make this Galette des Rois with the almond cream. But for change, I made a popular filling called frangipane. A frangipane is a mix of almond cream to which you add pastry cream.

People are divided between almond cream and frangipane version. Some prefer one filling to the other depending on your taste. I like both filling but to be honest with you I have a little preference for the almond cream version. 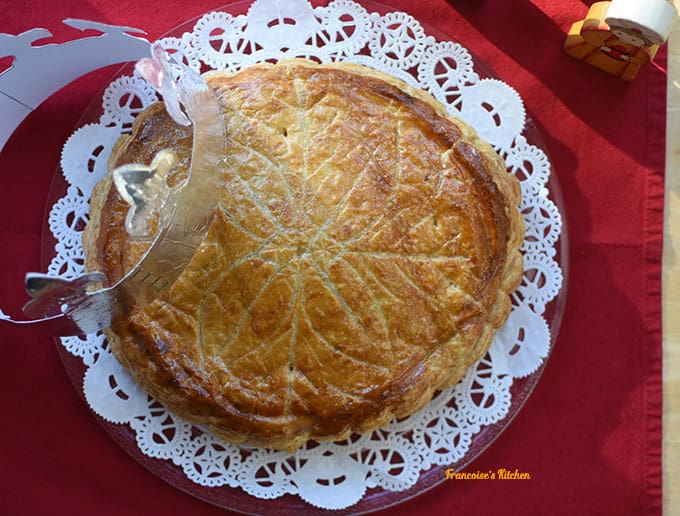 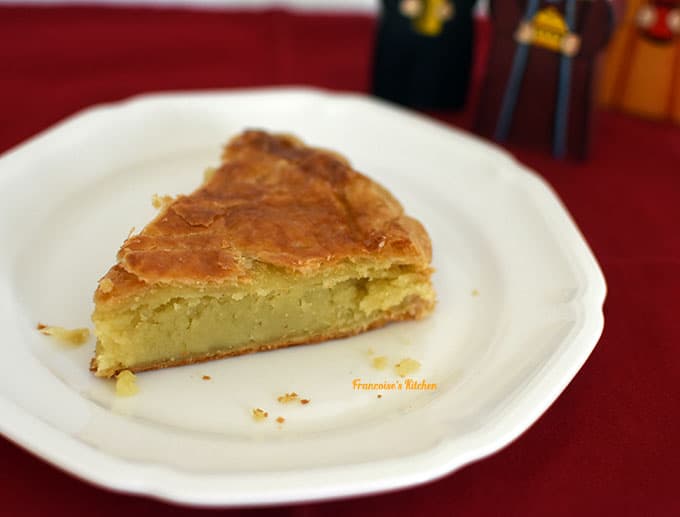 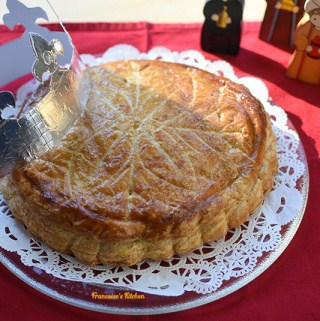 For the syrup (shiny finished):

With the puff pastry: