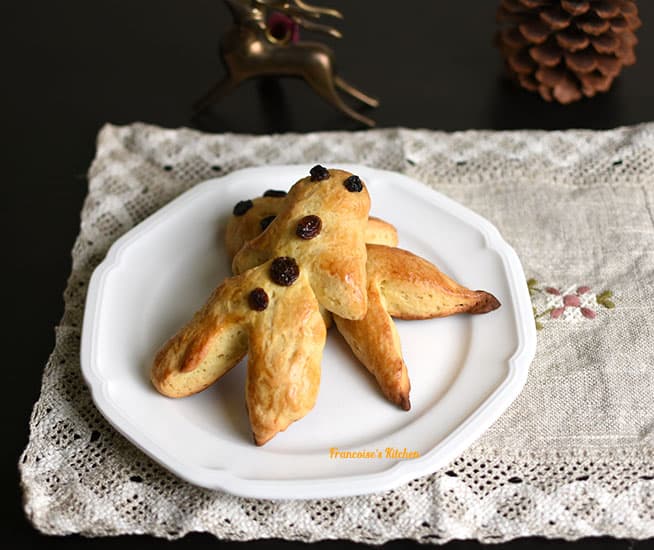 Mannele is a milk bread shaped into a little man, made in Alsace (East of France) on December 6th to celebrate the day of Saint Nicolas. Kids enjoy this little treat with hot chocolate. 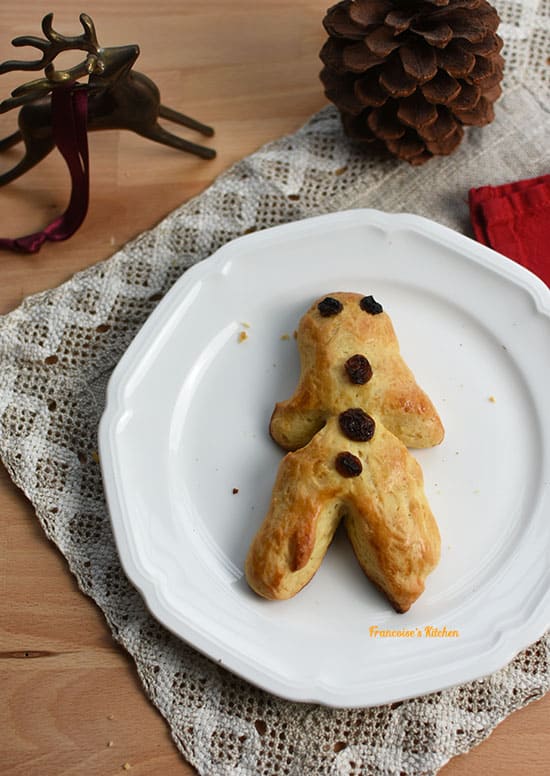 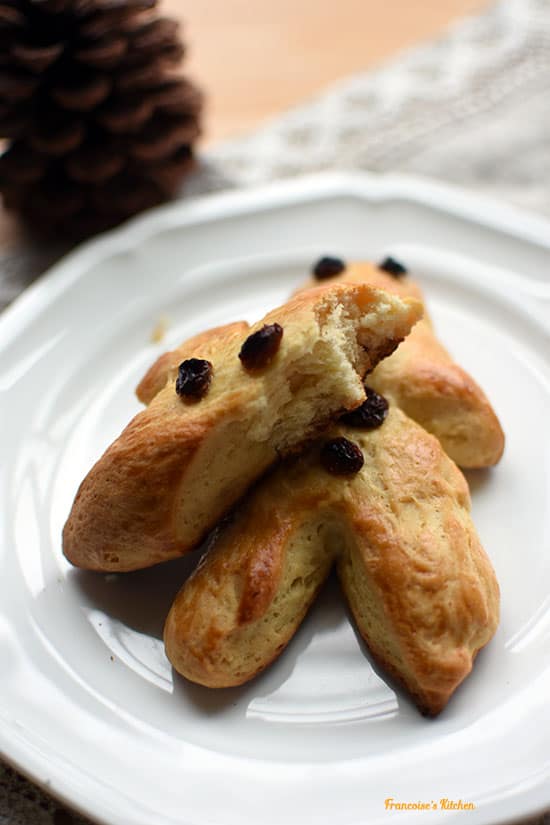 The day of Saint Nicolas is celebrated in many European countries where tradition differs. During this holiday, gifts and treats are distributed to behaved children by Saint Nicolas.

The character of Saint Nicolas is inspired by Nicolas de Myre, one of the most popular saints in Greece and the Latin Church. 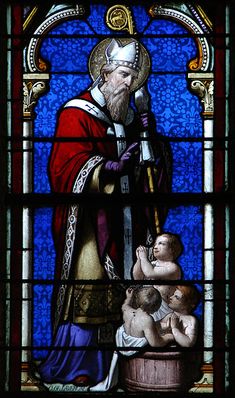 Born in Patara in Asia Minor (southwest Turkey) in 270 AD, he was bishop of Myre in the fourth century AD. He died in Myre on December 6, 345 AD.

After his death, this historical figure has fueled many legends and he became the patron saint of several regions and corporations. He is thus the patron saint and protector of children, navigators, lawyers, prisoners, singles, and that of Russia and Lorraine (called “Grand Est” since January 2016, the region of eastern France where I am from).

On the night of December 5 to 6, Saint Nicolas, dressed in his bishop’s costume, goes into the houses to bring to behaved children treats (dried fruits, apples, cakes, sweets, chocolates, and especially gingerbread representing the holy bishop). The character of Santa Claus was created from Saint Nicolas, the patron saint of little children and school children.

In certain regions, Saint Nicolas is accompanied by the father called “Le Père Fouettard” (Father Whipper). This sinister character, all black-dressed, is responsible for punishing the rascals. The Father Whipper sometimes carries a whip and a bag: he punishes children who have misbehaved and threatens to carry them in his bag if they do not promise to be more behaved. In my childhood, I remember this character and was always scared of him, like the other children. 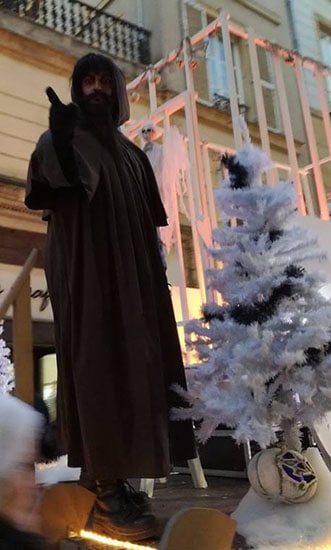 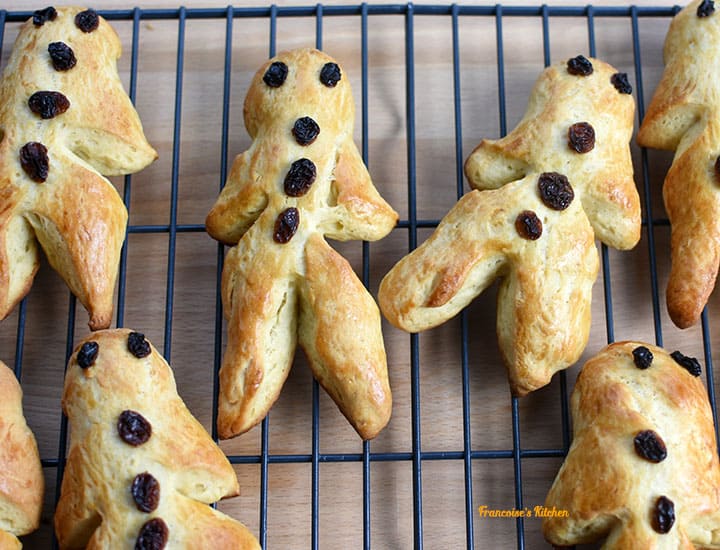 Mannele - A Milk Bread Shaped into A Little Man

Mannele is a nice little treat that I am sure your kids will enjoy with hot chocolate.
5 from 1 vote
Print Recipe Pin Recipe
Course Breakfast, Dessert, Snack
Cuisine French
Servings 12 Mannele

For the glazing (optional) :